Standby this weekend for the most Canadian collaboration ever! 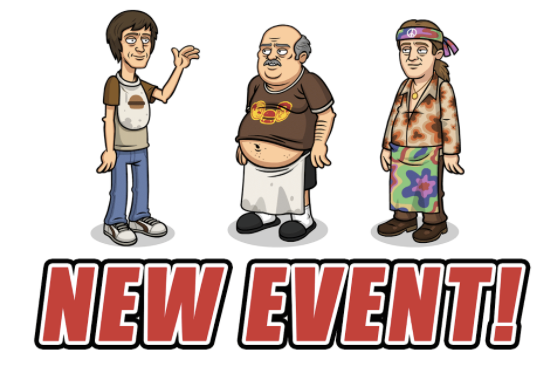 This weekend sparks a major celebration for them both. Not only is the game two months old, but it has reached 2 million downloads across iOS and Android. The game is going to be releasing a greasy event called the “Cheeseburger Picnic” (satirically appropriate for the North American celebrations happening this weekend). So get your liquor out, some good chicken fingers, and buckle up!

Players will enjoy a limited time story between characters from the tv show. Staying true to the Trailer Park Boys, expect to see classic rivalry between foes with lots of swearing and profanities. Cheeseburgers will be eaten, insults will be thrown, and chances are, the boys will end up in jail… again.

The grand prize for this event is Gary Laser-eyes, one of Bubble’s many beloved cats. Sure enough, the cat is from a real episode of Trailer Park Boys in Season 8, Episode 1 “Money Can Suck My C**k”. Ya just can’t say no to that cute little kitty face! Fans of the show will be familiar with Ricky’s hashcoin business scheme, and much like the show, players get to collect and spend hashcoins too.

Stay tuned for more degenerate antics from Trailer Park Boys, this is the first of many yet to come.

The event begins on iOS only today, Friday June 30th and ends Tuesday 4th July. Android players will need to hang tight a little longer, but they will eventually get some burgers too.