Who doesn’t love Bubbles?! Since his debut on Trailer Park Boys, this shed-dwelling resident of Sunnyvale has become a household name. In 2017, nearly twenty years later, Bubbles and the rest of the boys made the jump from the small to the even smaller screen as a main character in the Trailer Park Boys: Greasy Money mobile game. But how does one take an iconic real-world character, this loveable, cart-loving goofball, and adapt him properly into the world of mobile gaming?

Along with her top-notch art department, East Side Games’ Megan, lead artist on Trailer Park Boys: Greasy Money, is involved in all visual steps of the game from concept, to creating, to implementation. When asked what her favourite thing about drawing the Bubbles character was, she said, “All of his costumes! Bubbles is a really lively character with a lot of different looks in the show. Getting to develop those into game versions has been a ton of fun.” 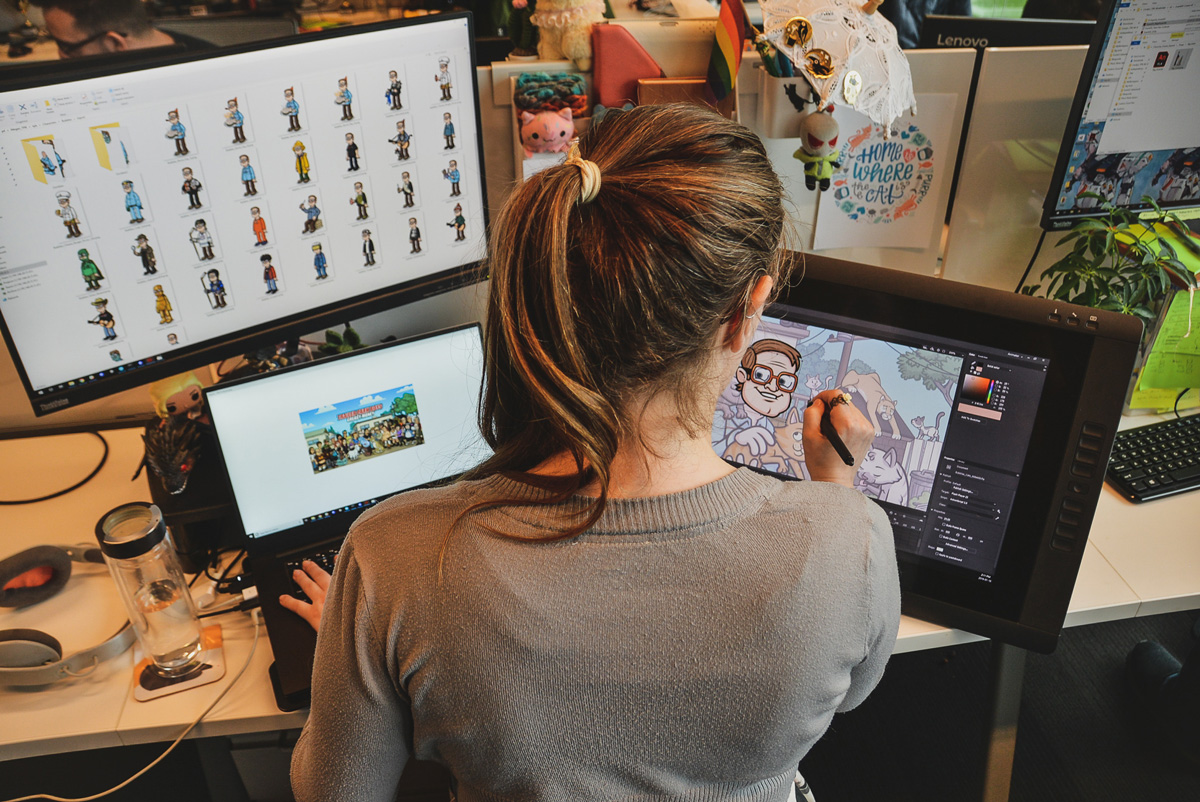 Game designer Cam admits it’s difficult not to be obsessed with the Trailer Park Boys television show when working day-to-day on the game. “I have been a huge fan of Trailer Park Boys for years. When East Side started developing Greasy Money, I was beyond excited,” he says. “Combining one of my favourite shows with my love for gaming couldn’t be better.” When asked what his favourite in-game Bubbles costume is, he laughs, “Man, that’s a tough one! Bubbles is so classic and all of his outfits hold their own special meaning. If I had to pick a favourite I suppose I’d pick Scorpion Bubbles. I love that episode of the show and his in-game costume for that is amazing. He looks great with the wig!”

Making an independent mobile game based on a long-running, much-beloved property, one with characters who already have a large fan base, it comes with a unique variety of challenges and rewards. Bubbles, in particular, has a special something about him that these game designers strive to capture. Elin, producer of Greasy Money, gave some great insight into the matter. “Making sure we capture all of the characters true likeness is the most important factor for me. From their look, to their style, to the way they talk, we want it all to be on point and authentic. When Bubbles is talking, we want it to sound exactly like him. Doing justice to the characters that the fans have grown to love is most important to us.”

Year after year, Trailer Park Boys have proven to hold a very special place in the hearts of their fans. Whether it’s watching the television show, enjoying the movies, or collecting the merchandise, the fans adore the boys. Now with Trailer Park Boys: Greasy Money mobile game, the fans can take part in those crazy adventures with them. Gaming adds a whole new dimension, giving players all over the world the unique experience of sharing original and new experiences along with Bubbles and the rest of the gang.