Staying Weird After 7 Years of Growth 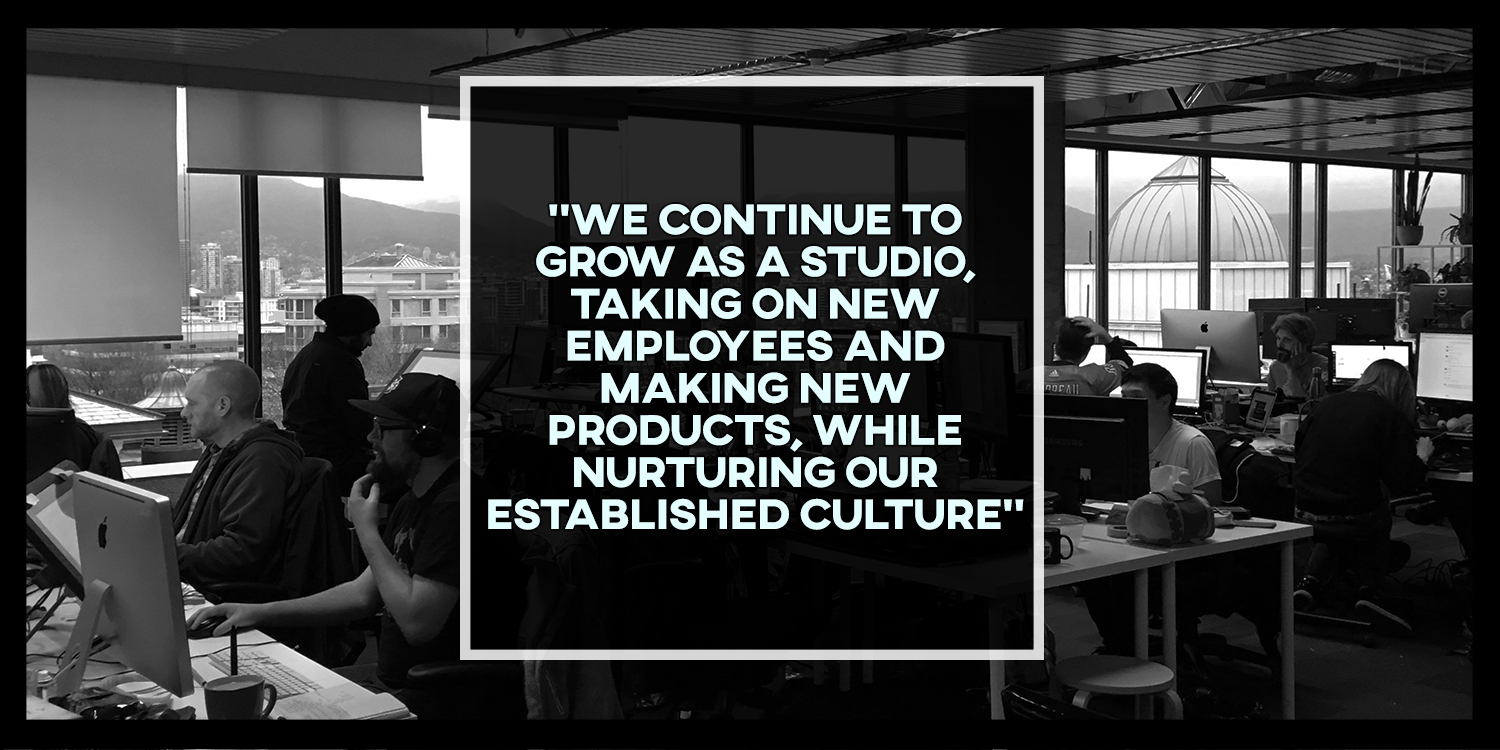 2017 is drawing to a close, and it’s been a busy year for us at East Side Games.

We launched the Trailer Park Boys: Greasy Money mobile game to great success in the app marketplace, and have continued to release content on a weekly basis for all of our titles. Hitting the top of the charts has allowed us to expand steadily. During the launch, we were #1 in the Apple App store, and in the Top 100 in over 100 countries. With nearly 3.5 million installs, it’s safe to say that the game was a hit. Beyond Trailer Park Boys, we have nearly reached 40 million installs across all of our products, with 31 million of those on mobile. This expansion has led Business Vancouver to place us in the Top 10 Biggest Video Game Developers in B.C. list of 2017. We’ve also made Deloitte’s Canada’s 50 Fastest Growing Companies list this year.

We continue to grow as a studio, taking on new employees and making new products, while nurturing our established culture. We’ve moved to a larger studio space, giving us even more room to breathe. Being a job creator in the Vancouver Tech Industry is a point of pride for us, and we take our employees’ needs seriously. Although we have grown, we still believe in a workspace that fosters creativity, independence, and ownership. We believe this is at the core of our success.

Taking on new employees has given us the ability to work on fresh IPs. Our success with Trailer Park Boys has opened many doors for us. We now have many teams in the studio working on multiple new, exciting products. These new projects are currently under wraps at this time, but but we can’t wait to reveal them in the future.

After a little reflection on our year, we have decided to change our company motto. Following our experience making Trailer Park Boys and our interactions with the fanbase, we knew it was time for a change. Our motto is now “games made by fans for fans.” As not only workers in the Tech Industry, but as fans, we know the importance of delivering quality products to the gamers we love.

We’ve set out to create games for fan bases that aren’t in the immediate spotlight. The plan is to create weird games for cult products while continuing to support our own unique IPs. We plan on doing this with everything we’ve got.