Roachy, our stoned raccoon, celebrates 4/20 a little too early! 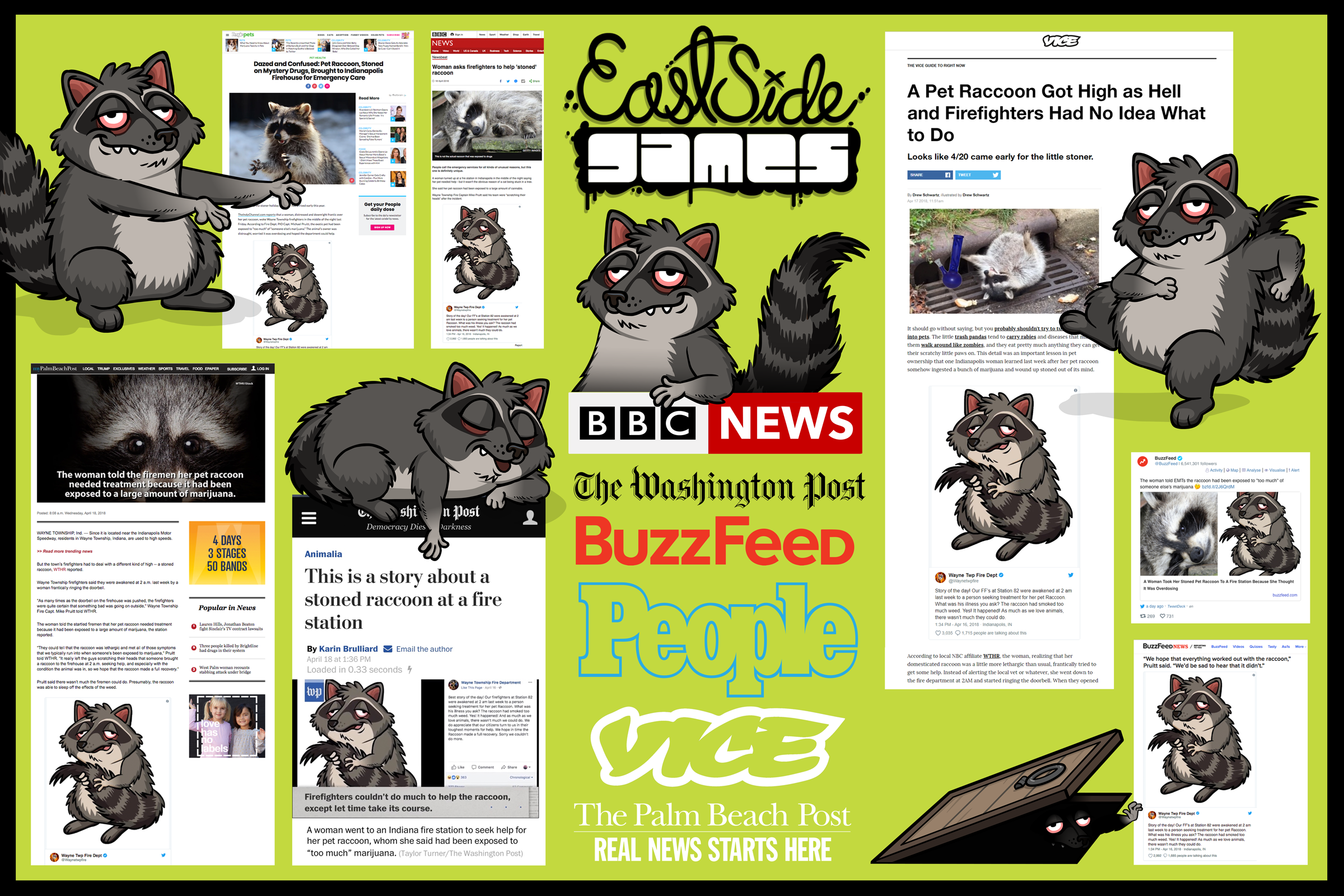 Roachy the stoned raccoon made by East Side Games

We had quite the surprise when we saw our Roachy all over the news this week, apparently as a Stoned Raccoon!

“Looks like 4/20 came earlier for the little stoner” – Vice
“Presumably, the raccoon was able to sleep off the effects of the weed” – My Palm Beach Post
“People call the emergency services for all kinds of unusual reasons, but this one is definitely unique” – BBC
“Roachy was one of the first critters I ever designed, I think. Crazy seeing it on the BBC!” – The artist who created Roachy

The source of Roachy’s new found fame? A woman in Indiana asked local firefighters to help treat her pet raccoon when she noticed it was more lethargic than usual. Instead of heading to the nearest vet, she rushed to the Wayne Township Fire Department at 2am looking for help for her little critter. Firefighters were surprised to find out he was high as a kite! There wasn’t much they could do but let the raccoon enjoy the high until it wore off.

While checking out the latest news, East Side Games found the viral article, and noticed that Wayne Township Fire Department used our own Roachy’s likeness for their social media posts regarding the incident. Who else but East Side Games could supply such a niche piece of art for such an occasion? Some cosmic coincidence in play here as Roachy’s story broke so close to 4/20, a date which has always been important to many of East Side Games’ titles

Roachy made his on-screen debut in East Side Games first major hit “Pot Farm” on Facebook as the “Ripped Raccoon”. From there, he got his first starring role as “Roachy the Raccoon” in East Side Game’s mobile game, Grass Roots. Since then, Roachy has been an integral part of the Grass Roots franchise, and is adored by all of its players.

We want to thank everyone who shared this story, and our very own Roachy the Raccoon, and wish you all a very happy and safe 4/20!