Inside Social Games Interview on Ruby Skies for iOS

Inside Social Games interviewed East Side Games CEO Jason Bailey and Ruby Skies producer Jacob Krarup on the company’s latest release for iOS, which is like “waffles for the eyes”:

Ruby Skies is a combination of relationship-building, item collection and exploration genres. The game has players controlling Cupid, in all his cherubic glory. Cupid’s been instructed by Venus that he needs to make more people fall in love in the world, and he flies off to a land filled with islands floating among pink puffy clouds. As he explores the islands, Cupid interacts with a number of over-the-top characters and gets them to fall in love with one another. The game sports a distinctly cartoony style that is often described by the developer as “waffles for the eyes.”

A big part of Ruby Skies’ appeal is how players have complete freedom to determine how relationships progress in the game. Essentially, any character can be matched up with any other, regardless of gender or species. “We’re trying to figure out how to work 50 Shades of Grey into the story [for even more appeal],” Bailey (we think) jokes. 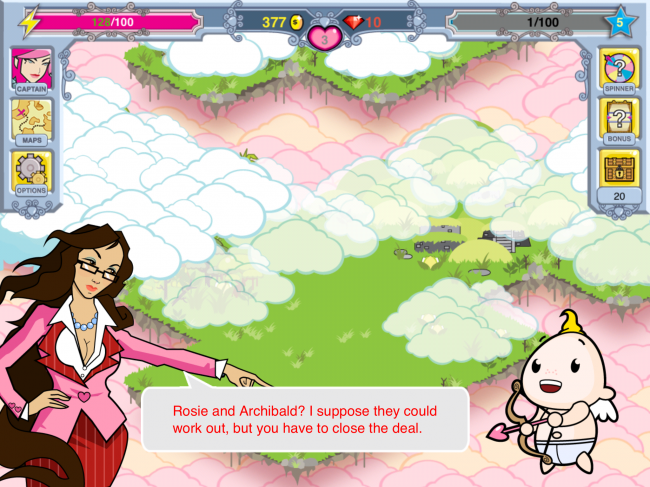 Check out the rest of the article on Inside Social Games!