#ESGUniversity: How to be a Game Studio Without an Actual Studio 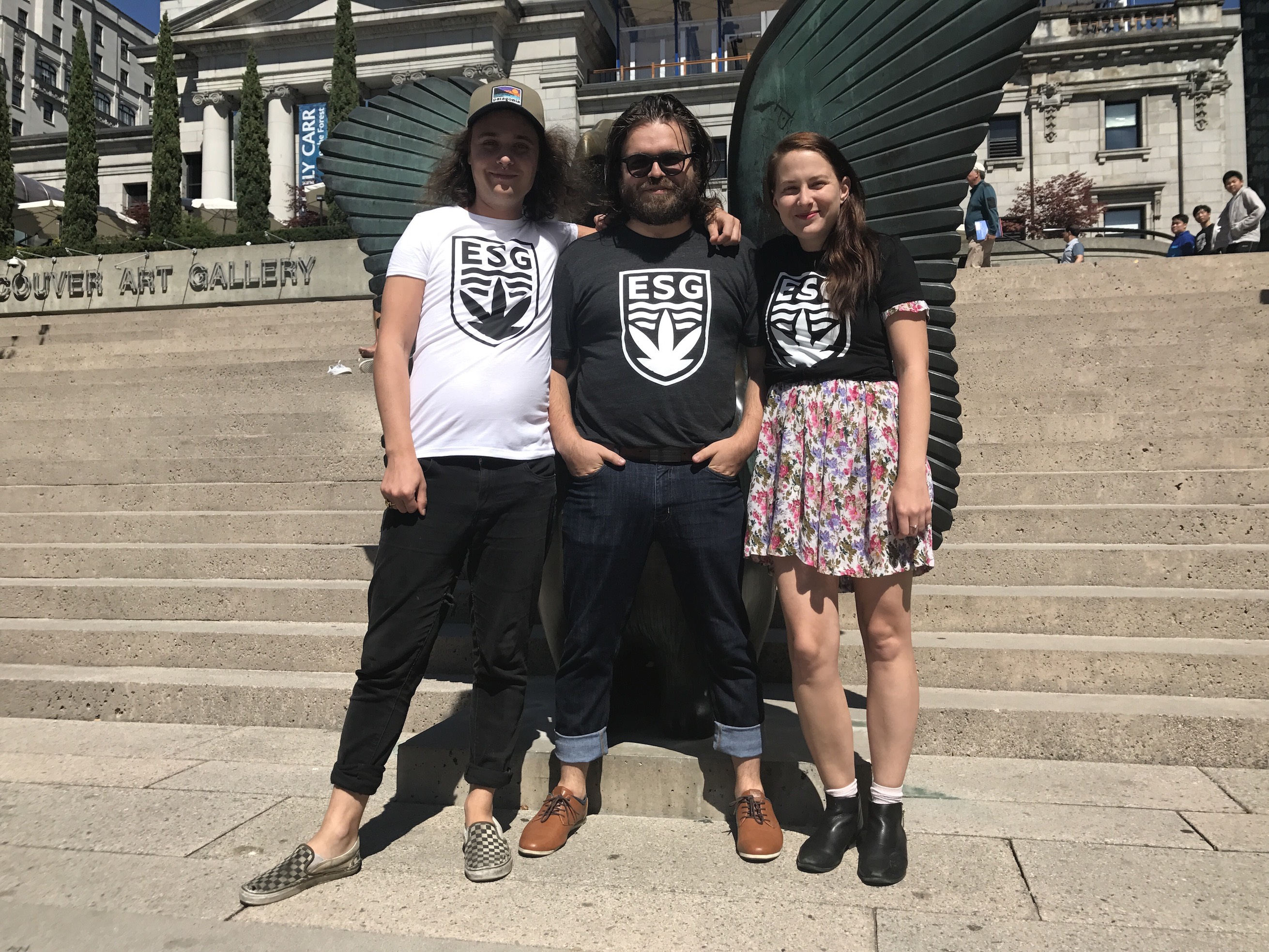 What happens when a game studio with over 80 employees has to vacate their work space on a dime? Short answer: improvise and hustle. Keep reading for the long answer.

East Side Games has roughly 80 employees, and as of this moment, we have no permanent studio space. In the words of Frank Sinatra, we’ve been up and down and out. Despite this, we managed to pull together and make it work.

Once located in an old building in Gastown, the studio had to up our roots after an untimely maintenance emergency. The situation called for immediate evacuation of the work place in the middle of content launches, meetings, interviews, etc. Right off the heels of launching the official Trailer Park Boys mobile game, it was an extremely busy time for our business. Needless to say, the situation wasn’t ideal for us.

With the employees on the street and the studio without a home, the team knew they had to act fast. Blowing the metaphorical conch shell, we assembled an impromptu task force consisting of core managers, producers, and seniors. While the majority of the studio began working from home, this task force booked a space through UBC. The Justice League have The Watchtower, the Avengers have their Mansion, and the ESG taskforce has UBC Robson Square, which is pretty much an underground lair. 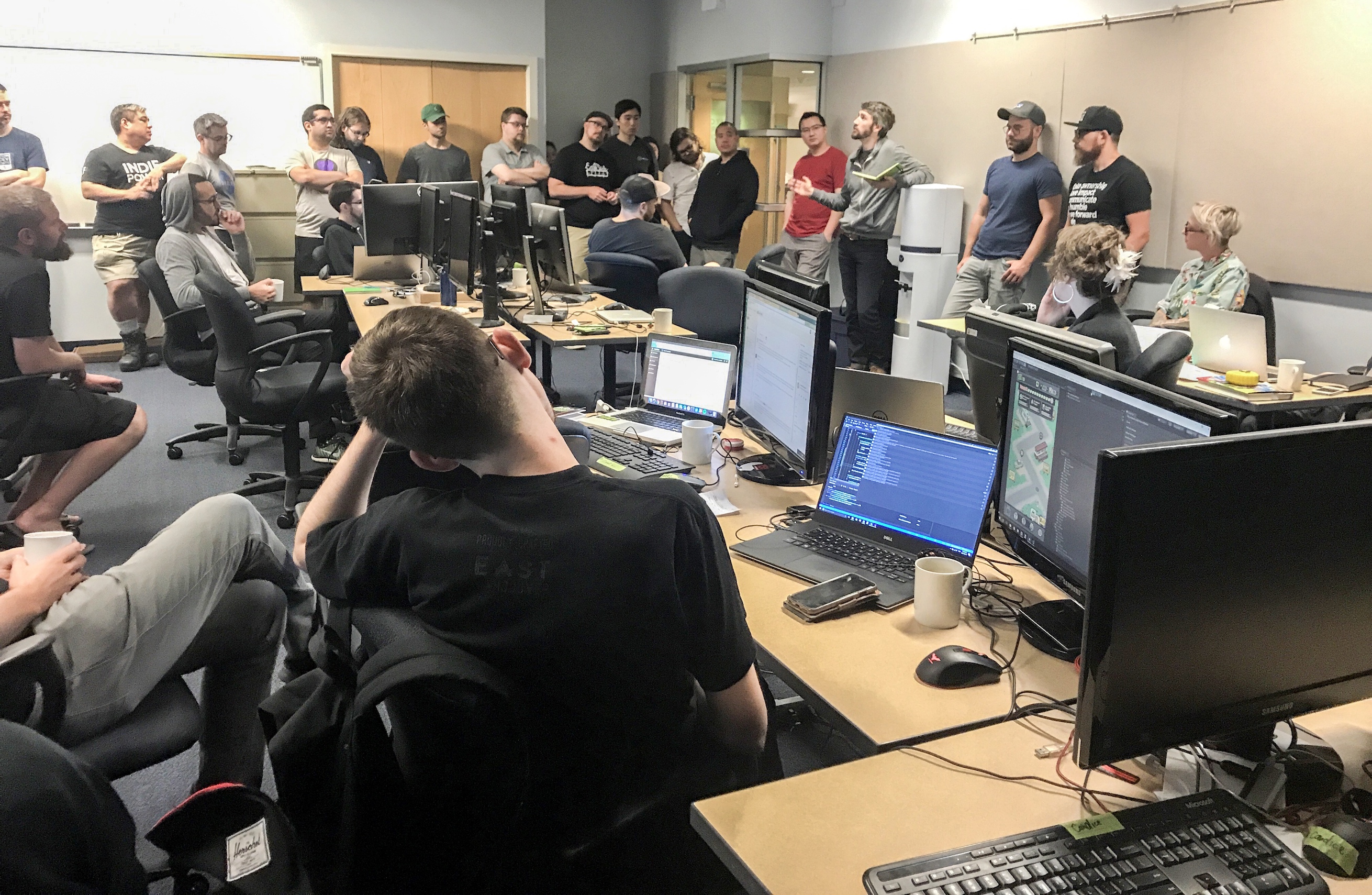 Even with most of the team working from home, and the task force operating from UBC, we still managed to hit our launch dates for all our games.

After a couple weeks, it became apparent that we would not be getting back into our old studio anytime soon. The taskforce booked even more space at UBC, moving everyone into the facility. That’s a pile of monitors, a boat load of keyboards, a handful of artist tablets, a plethora of test devices, and bundles of power cords. In other words, it was a lot of sh*t. Luckily, the Systems Admin team here at ESG is top tier. They managed to get everything set up on the fly. With everyone comfortable in the subterranean lair at UBC, #ESGUniversity was born. 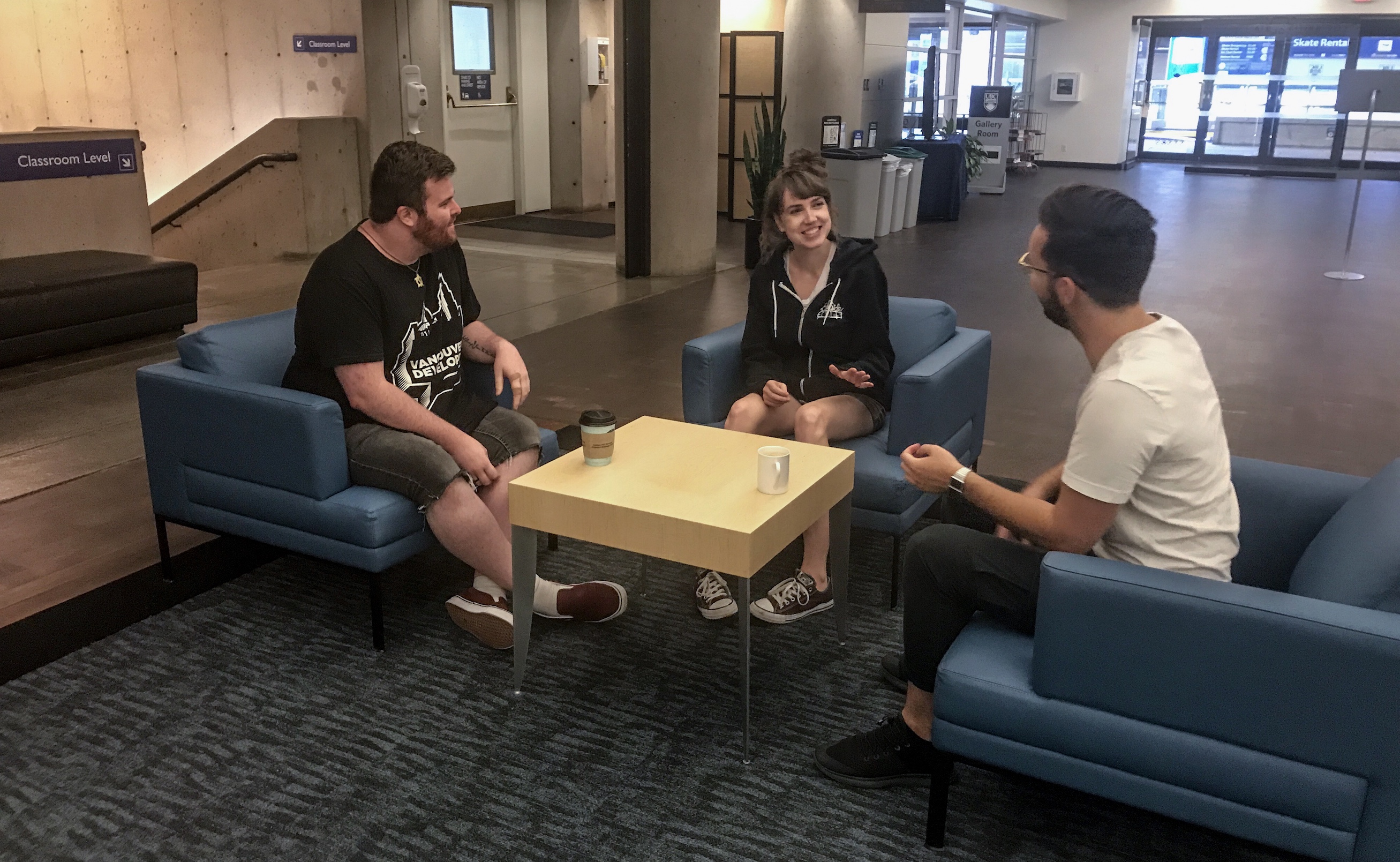 Since the complete migration of the ESG flock, our team has moved rooms three times; meetings have taken places in halls, lounges, and cafes; the community team has kept on top of their Twitch schedule; game teams have held their Sprint meetings in classrooms and corridors; interviews have been conducted on-site, and onboarding has taken place for four new employees. With all of this going on, our team didn’t miss a single content release, pushing out events and themes for both the Pot Farm franchise and Trailer Park Boys.

It’s been a turbulent time, but the commitment of our team was paramount in the continued operation of the studio. Our Studio Coordinator expressed the importance of immediacy, stating that acting as soon as possible is the best course. “Keeping employees’ health and mental well-being constantly in mind is always the top priority,” she explained. She added that it’s easier if “you view it as an adventure and make the most of your new temporary spot.”

When life forces you into unknown and unfavorable circumstances, what really matters is your commitment, resilience, and agility. We at ESG didn’t shy away from adapting. We met the obstacle head on without losing our footing. In the end, these qualities helped us persevere in trying times.