ESG Is a part of the Vancouver Climate Pledge at Climate Week NYC! 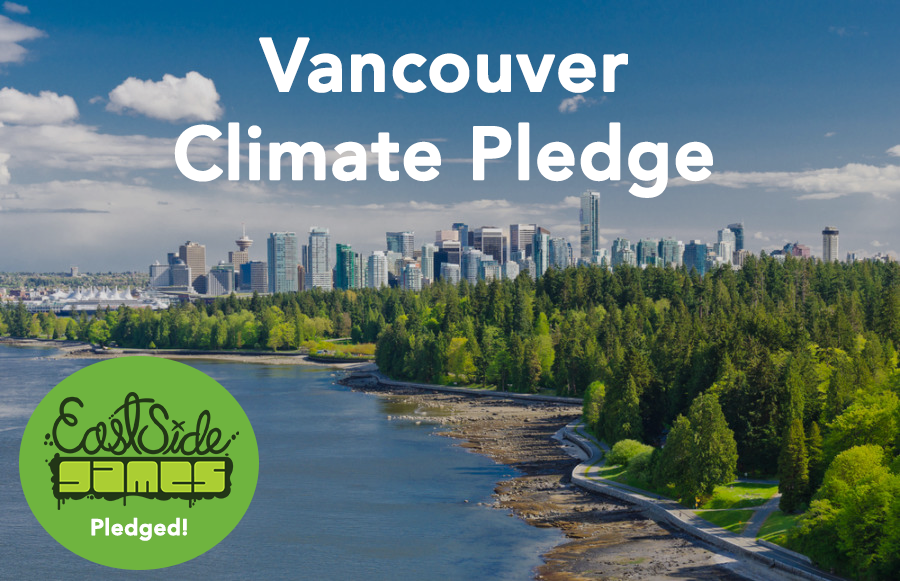 As an active supporter on reducing carbon footprints, the whole team at East Side Games has been making actions to help keep the planet healthy for generations to come. We are proud to announce that we’re one of the 10 companies and organizations that support the Vancouver Climate Pledge!!!

‘By signing this pledge, Vancouver companies are voicing their support for stronger action on climate change from governments around the world, and being recognized as green economy leaders,” the Climate Pledge website states.’

If you are a business, or someone who works for one, or know anyone who’d be interested, visit the Vancouver Climate Pledge.

Vancouver has been consistently rated as one of the world’s most liveable cities. Vancouver renewed its title of fifth most liveable city in the world and first in North America, beaten only by Vienna, Zurich, Auckland and Munich. If we keep this up, we could beat Vienna, Austria!